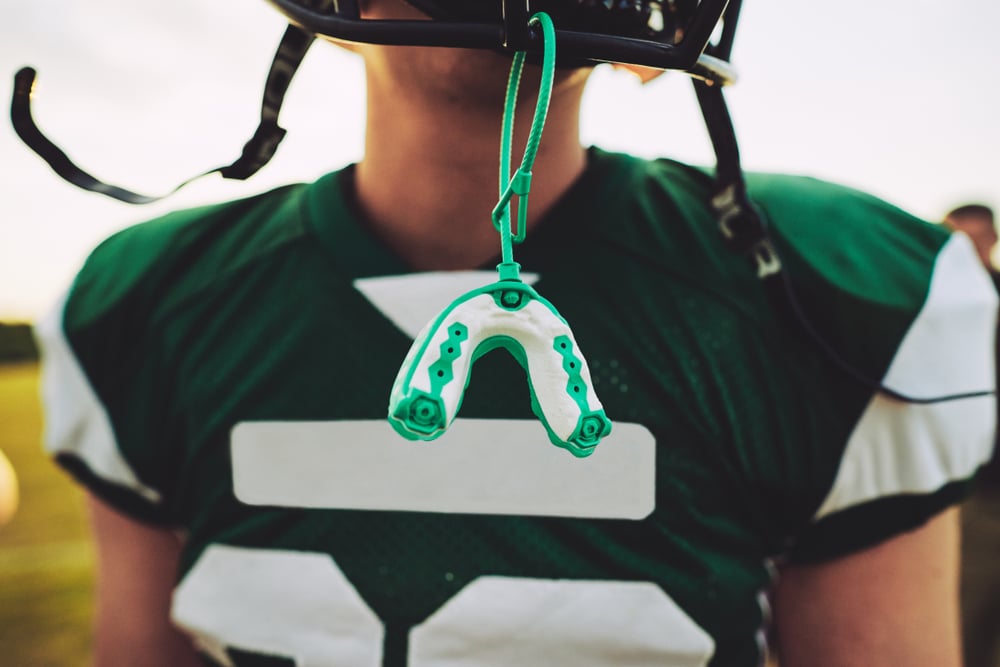 Concussions are a hot topic – from youth sports to the NFL, these brain injuries are a cause of conversation among many.

Dentists have recently joined the ranks of those concerned about preventing brain injuries in athletes. But why dentists, and why now?

A better question is, ‘Why not?’

According to researchers at the University of Pittsburgh Medical Center, between 1.7 million and 3 million sports-related and recreation-related concussions occur each year. Of this number, around 300,000 of them happen during football games or practice. Additionally, about 20 percent of high school athletes playing contact sports like soccer, hockey, basketball and lacrosse experience concussions each year.

Concussions are a type of traumatic brain injury, or TBI, caused by a blow, bump or jolt to the head. These actions can be the result of trauma such as an accident or fall, but they can – and do – also happen due to physical contact during contact sports.

When the body takes a hit, the brain does, too. When this happens, the brain bounces around inside the skull, which can cause chemical changes in the brain and damage brain cells.

Although many medical providers describe concussions as a ‘mild’ form of TBI, any brain injury is severe and can leave sufferers with memory problems, cognition problems and other serious side effects.

But, how do concussions and mouth guards connect?

It turns out that wearing a mouth guard can help reduce the risk of concussion.

Here’s how. Most mouth guards help to reduce the risk of concussion by stabilizing the neck muscles, which can help to minimize impact and shock to the head, lowering the risk of a concussion.

During their study, researchers from the organization tested their theory on custom-fit mouth guards versus store-bought mouth guards using a high school football team. Half the players in the study wore a custom mouth guard, and the other half wore store-bought devices.

‘Mouth guards are a must-have for any athlete,’ said Dr. Sean Endsley of Legends Dental in Waco, Texas. ‘They can help protect the teeth, jaw joints and soft tissues of the mouth, and beyond.’

Get Great Gums with Healthy Eating

Tongue-ties are pretty common. According to some statistics, as many as 11 percent of babies are bor…

Brushing, flossing and regularly seeing the dentist are good for your teeth, but they’re also …

Bad breath. It happens to all of us. And anyone who tells you otherwise is probably not being truthf…